Please join us because...

The recent decision by a government inspector has told Purbeck District Council to provide an additional 3080 houses in Purbeck, on top of the planned 2520 by 2030. This is known as the Partial Review of the Purbeck Plan.

The proposals for Lytchett Matravers are either:

Our village is surrounded by Green Belt protection that is going to be lifted to provide these extra houses - contrary to its original purpose!

When the Purbeck Local Plan was adopted there were concerns from government inspectors about the housing numbers included in it. Like our Neighbourhood Plan these documents provide for regulated housing and development.

Hence there has been a Partial review of this Plan in respect of the housing numbers.

This partial review has determined that the proposed 2520 houses to be provided were insufficient due to a suggested increase in population and number of jobs in the area (location unspecified).

So the inspector has worked out in a format that is being challenged, that purbeck needs an additional 3080. Purbeck District Council have been trying to work out where they should go... 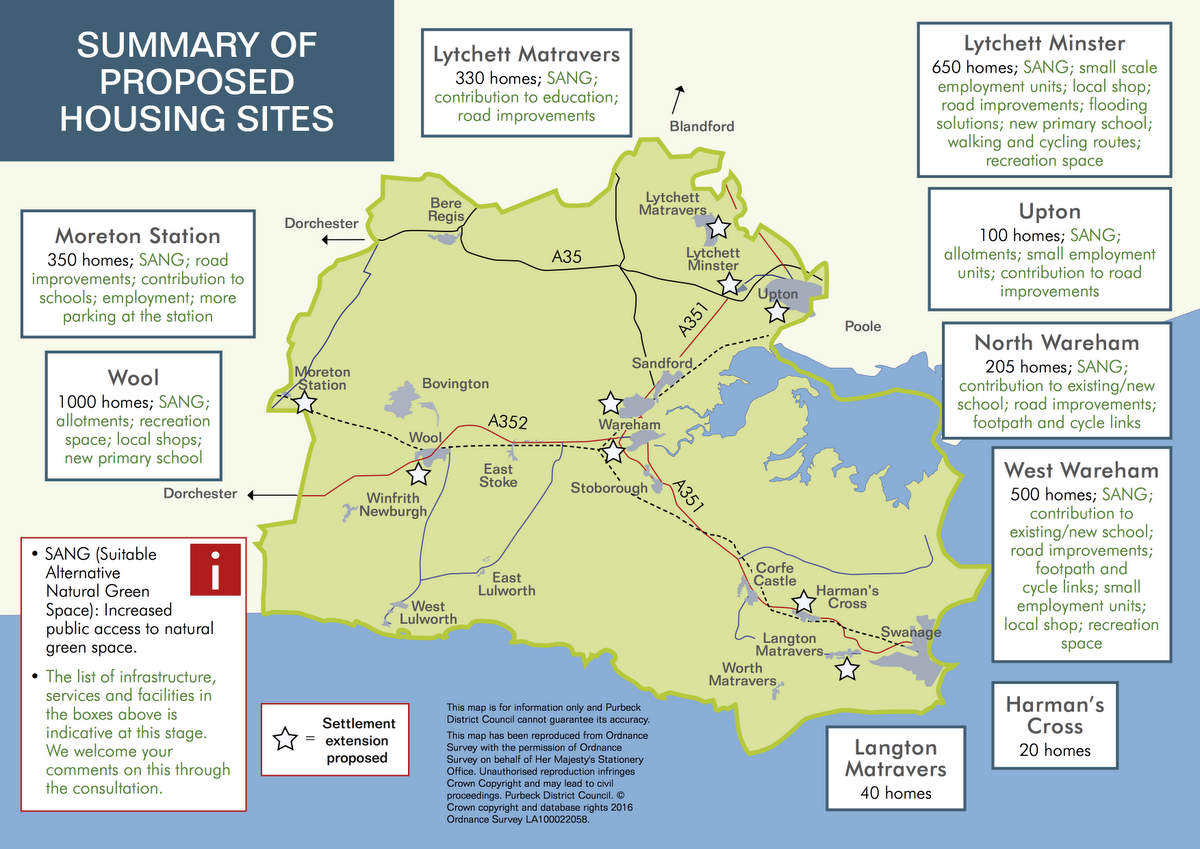