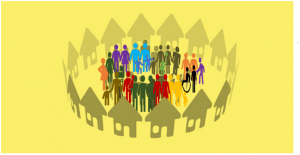 The second meeting of the LMNP2 working group was held on November 11th 2021.

At the previous meeting, it was discussed that a way forward to raise the issue of PLP adoption would be to write to Dorset Councillors with very clear and specific objections. To assist with this, a list of Dorset Councillors on the Planning Committee and those representing local wards was provided. A set of potential subject points was also distributed on the agenda (These details can be seen in the attached copy of the full minutes of the meeting). These could be used by residents as a guide list of issues to raise, but residents need to write letters in their own words to ensure each one is then considered. It was requested that, if a planning consultant is engaged, they could review the subject points, advise on those most critical and advise as to the best timing to deliver such letters.

The issues with the traffic survey were discussed, such as lockdown timing and assessment location. One resident had obtained an external opinion which suggested the timing was probably not so critical. However, it was agreed to request the PC to raise this with DC. The Wessex Water (WW) response to the application was also discussed. There are known issues with the local pumping stations and a history of significant overflows. The WW response to the application did not refer to these overflows. The PC has invited a representative of WW to their next council meeting (Nov. 24th 2021) for a general review, but this application would also be a subject for Q&A.

General Planning Applications in the Village

At the PC meeting of October 27th, it was clarified that the number of planning applications coming for committee approval had been reduced dramatically to around 5%. It was still considered likely that the Wareham Road application would be sent to committee, but no guarantee.

It was advised that the PC was considering the engagement of a planning consultant. The scope of such engagement would need to be beneficial for the whole village and would need to provide ‘big picture’ guidance in the preparation of a revised Neighbourhood Plan (LMNP2). This would include addressing the Green Belt erosion, the lack of employment planning and the lack of any infrastructure planning within either the PLP or DLP.

The PC would need to finalise scope, obtain 3 quotations and then go through a selection process before any such engagement could be realised.

In the 2017 neighbourhood plan, the PC were prevented from expressing any opinion concerning development because of the surrounding Green Belt issues. The NP process is now more tolerant in that respect. The core issues remain the promotion of a sustainable community with development to include employment and infrastructure opportunities. The PC needs to make significant progress in the NP2 revision to ensure it has the weight to be considered in the DLP consultation in spring 2022.

You can also download a copy of this summary here (as a PDF).