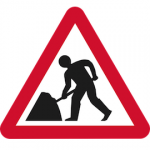 On Monday 16 January Dorset Highways will start work on the A35 Upton Bypass to build four bridge protection barriers.

At the moment the piers (legs) of the A350 overbridges and Brickworks Bridge are vulnerable to severe damage if a large vehicle on the Upton Bypass were to hit them, so Dorset Highways plan to replace the existing steel barriers with higher concrete ones.

It will take around 16 weeks to complete the work, which includes:

Users of the bypass should plan ahead and allow extra time for their journeys along the Upton Bypass from 16 January as the dual carriageway will be largely reduced to one lane in each direction.

More information can be found on the project web pages.